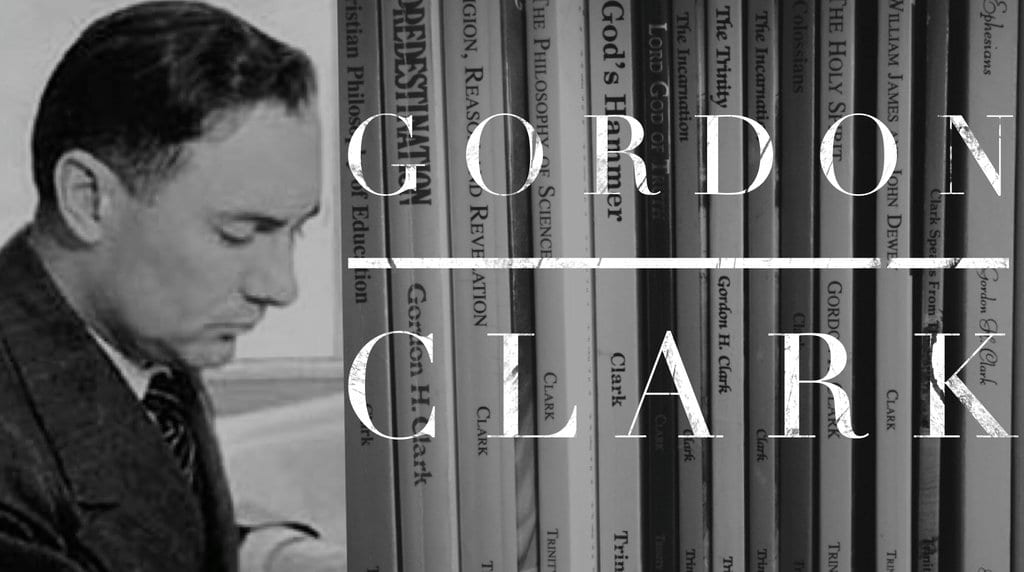 Gordon Clark was bon August 31, 1902 an American philosopher and a Calvinistic theologian.

He was the leading figure associated with presuppositional apologetics, although he himself was not primarily an apologist for the Christian faith, but rather a philosopher who was a professor at Butler University for 28 years.

He began teaching at the University of Pennsylvania after receiving his bachelor’s degree and also taught at Reformed Episcopal Seminary in Philadelphia. In 1936, he accepted a professorship in Philosophy at Wheaton College in IL, where he remained until 1943, when he accepted the Chairmanship of the Philosophy Department at Butler University in Indianapolis.

In 1944 he was ordained as a Minister at Orthodox Presbyterian Church.

In 1973, he retired from Butler University and taught at Covenant College in Georgia, and Sangre de Cristo Seminary in Colorado.

In an Era of Theological Relativism with Irrationalism

Gordon H. Clark was against the idea of irrationalism. He also sees the neo-orthodox insistence that divine revelation under any and all circumstances is non-cognitive cannot escape a skeptical conclusion. Clark makes clear that to remove rationality from God’s revelation leads unavoidably to theological relativism.

Evangelical Christianity affirms that only true propositions point to God and constitute divine truth. Instead of asserting, as apostolic Christianity maintained, that the revealed biblical truths reliably inform us about God.

Clark criticizes the sequence in the 15 different sciences or law-spheres by which he declares the universe to be governed (New Critique of Theoretical Thought; In the Twilight of Western Thought). Anybody can claim anything but claiming doesn’t make it true.

Anybody can believe anything but believing doesn’t make it true. One can sincerely believe in something and be sincerely wrong.

What is Truth? How Could it be Known to All?

Since a pointer to God need not in his view necessarily be true, even false propositions may be considered pointers to God, and God may be thought to reveal his “Truth” through false statements (Gordon Clark, A Christian View of Men and Things, p. 301).

Once again, Clark makes the argument of, “the fifteen irreducible structural molds” of human experience, which arbitrary. Since the lowest law-sphere, the numerical, is preceded by the spatial as a higher sphere, Clark notes that geometry cannot then be reduced to arithmetic.

But Clark’s main objection is that logic or thought in a way that dissociates the laws of logic from number, space and motion (“Several Implications,” in The Philosophy of Gordon Clark. A Festschrift, pp. 95 ff.; cf. also, Clark, “Cosmic Time,” pp. 94 ff.)