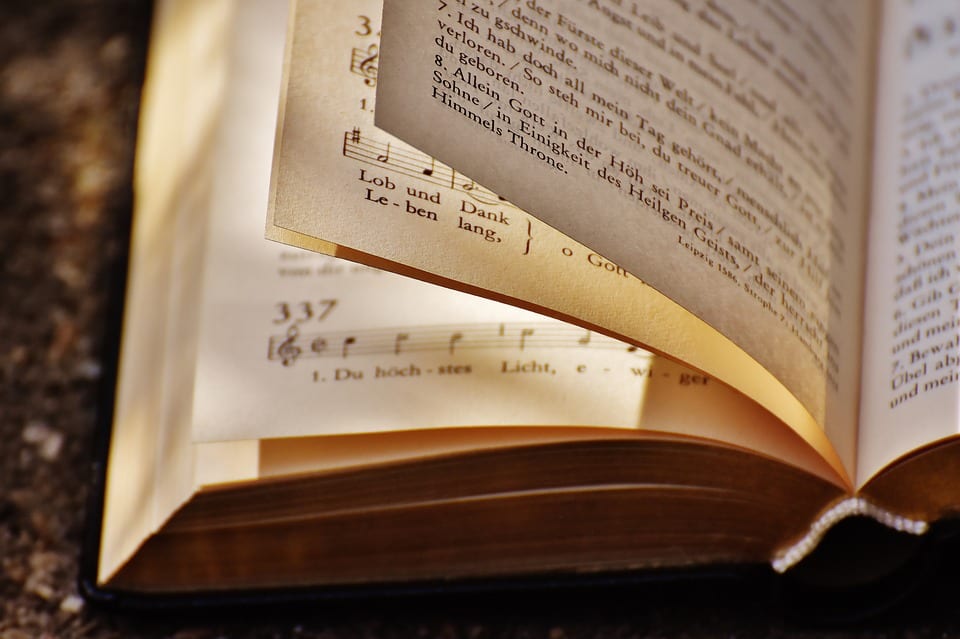 It seems like the more I grow in my faith; I love the good old hymns!

I use the good-old hymns as family devotion, evening worship and a lullaby as I put my children to sleep.

The more I sing the hymns, I learn more about these songs and the more I love them all. Even the ones that are not so well-known hymns, it is good and helpful for our churches to sing.

Many of these songs have been inspired by many for years and are deep in theological richness.

Here are top 10 hymns of all that that have impacted and ministered to my soul.

1. O for A Thousand Tongues to Sing

America wouldn’t be America if it weren’t for the influence of the Wesley brothers. This song was written in 1739 by Charles Wesley.

When Christ came into his life, Charles was sensitive to the leading of the Holy Spirit. His life was radically transformed from bad temper and drinking! He immediately began to spread the news of what has happened to his life and eventually led  his full-time public preaching of God’s Word.

At the first anniversary of his conversion approached, Charles wrote an eighteen-stanza hymn describing his praise to the Lord. It was titled, “For the Anniversary Day of One’s Conversion” which later became the very song cherished and loved by many today.

My personal favorite is verse 4;

He breaks the power of cancelled sin,

He sets the prisoner free;

His blood can make the foulest clean;

His blood availed for me.

“On Christ the Solid Rock I stand!” written in 1834 by Edward Mote.

Not many know the backstory of this song, but Edward was born into a poverty-stricken home in London. His parents wouldn’t allow a Bible in their house, but somehow Edward heard the gospel as a teenager and came to Christ.

One morning it came to his mind as he wrote down words for the hymn, “On Christ the solid Rock I stand / All other ground is sinking sand.” On that very day, he finished all four verses and wrote them off.

My hope is built on nothing less

Than Jesus’ blood and righteousness

I dare not trust the sweetest frame

But wholly lean on Jesus’ Name

3. Jesus I Am Resting, Resting

This poem was written by an Irish lady named Jean Sophia Pigott in 1876. This hymn later because the most favorite hymn and cherished by the great missionary to China, Hudson Taylor. This hymn expresses his greatest life-lesson.

Hudson Taylor is the founder of the China Inland Mission (today known as OMF mission agency). Hudson Taylor often found himself by overwhelming worry by work. In those dark moments of his soul, he looked to Christ who overflowed his heart with joy!

Hudson Taylor was reminded that how one gets faith strengthened is not by striving after faith, but by resting on the Faithful One instead.

I behold Thee as Thou art,

And Thy love, so pure, so changeless,

Meets, supplies its every need,

Compasseth me round with blessings,

Samuel was born in a village north of London. As a young lad, he acquired passion for music and joined the church choir at age 9. As he grew older, he drifted apart and struggled. As he cried out in misery for God to end, God’s overwhelming love flooded his heart. This hymn was written later in life in 1875.

There are no other hymn that paints such a vivid picture of God’s love as this very hymn. It helps us visualize the immensity of Christ’s liquid-love, overwhelming and submerging us in the depths of His tender, triumphant heart.

Rolling as a mighty ocean

In its fullness over me

Underneath me, all around me

Is the current of Your love

To Your glorious rest above

5. Great Is Thy Faithfulness

The author of this hymn was no other than Thomas Obediah Chisholm who was born in KY. He came to know the saving faith of Jesus Christ at age 27.

Through the ups and downs, Thomas was reminded of God’s renewed mercies every morning (Lam 3:22-23) which led to the hymn eventually being published in 1923. This later became the theme song of the school Moody Bible Institute and cherished by many students and alumnus till this very day.

Great is Thy faithfulness

There is no shadow of turning with Thee

Thy compassions they fail not

As Thou hast been

Thou forever will be

Francis Crosby wrote this song in 1873. At the time, she was one of the two most famous women hymnists of the time.

Francis lived in the Manhattan slums and worked in rescue missions. One day as Francis was staying in the friend’s Mansion and her friend had a tune she wanted to play. As they went to the music room, and she sat at the piano the new song and quickly composed with the word, “Blessed Assurance”

Many years later, D.L. Moody was preaching in New York at a Reformed Church and popularized Francis song as Ira Sankey led the music.

Blessed assurance, Jesus is mine;

Oh, what a foretaste of glory divine!

Heir of salvation, purchase of God,

Born of His Spirit, washed in His blood.

7. All Creatures of Our God and King

This song was written in 1225 by St. Francis of Assisi. The belief is the hymn was composed just before his death in 1225, called, “Cantico di fratre sole” – “Song of Brother Sun.”

It exhorts all creation to worship God. The sun and moon. All the birds. All the clouds. Wind and fire. All men of tender heart. All creatures of our God and King.

Let all things their Creator bless

And worship Him in humbleness

And praise the Spirit, Three-in-One

8. Rock of Ages Cleft for Me

This song was written in 1776 by Augustus Montague Toplady.

Augustus was interested in the LORD. “I am now arrived at the age of eleven years,” he wrote on his birthday. “I praise God I can remember no dreadful crime; to the Lord be the glory.” By age 12 he was preaching sermons to whoever would listen At age 14 he began writing hymns. At age 22 he was ordained as a pastor.

Nothing in my hands I bring,

Simply to Thy cross I cling;

Naked, come to Thee for dress,

Helpless, look to Thee for grace:

Foul, I to the fountain fly,

This great hymn that brings often to tears was written by Reginald Heber in 1826. He was born to a minister’s home in an English village. He later enrolled to Oxford University where he graduated with excellence.

Upon his graduation, he succeeded his father’s parish and faithfully served for 16 years. He grew with great interest with hymnology and wrote many hymns, though the idea was rejected by many other clergies. At age 40, he was sent as a missionary to India. He died on the mission field and later his wife found this hymn out of the 57 he wrote, “Holy, holy, holy”

Though the eye of sinful man Thy glory may not see;

Only Thou art holy; there is none beside Thee,

Perfect in power, love, and purity.

10. Crown Him with Many Crowns

The hymn was originally written not as a song but was for a sermon based on Revelation 19:12 by Matthew Bridges in 1851.

He called his hymn, “The Song of the Seraphs.” But eventually wrote six new verses for the same song and called it, “Crown Him with Many Crowns” that because a six-verse hymn.

Crown Him with many crowns,

The Lamb upon His throne;

Hark! how the heav’nly anthem drowns

All music but its own!

Awake, my soul, and sing

Of Him who died for thee,

And hail Him as thy matchless King

What other hymns would you add to the list?

6 thoughts on “Top 10 Greatest Hymns of All Time”