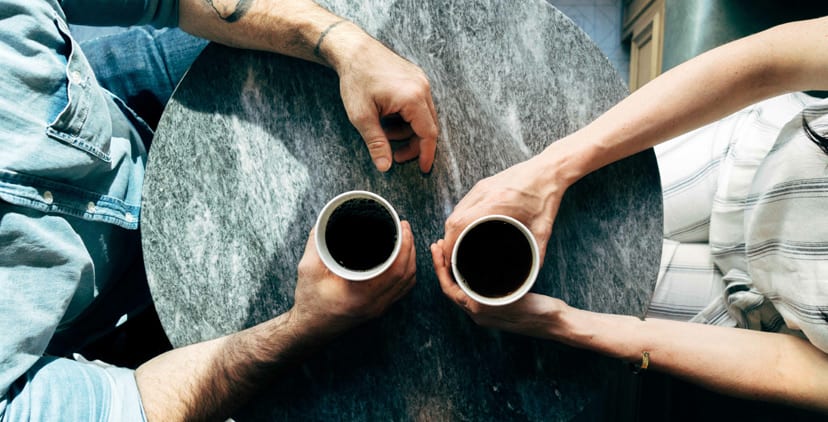 Part of the problem is that we disciple the way we’ve been discipled.

And the sad reality is this; we have not ever been really been discipled. At least, intentionally. We are more accidental disciples. In order to develop disciples, rather than consumers, you need to train up leaders who understand that discipleship is more about direction than distinction. It is long obedience in the same direction. (Eugene Peterson) [2]

Our understanding of the gospel; transaction. Divorce between conversion and discipleship. [3] Making disciples is simply the supernatural overflow of being a disciple. There is no disconnect between the two. Proclaiming the love of Christ is the overflow of sharing in the life of Christ.

We Need to Say ‘No’ to Some Really Good Things

I remember as a young believer telling myself, “We need to do something!” as it rushed through my mind. Learning these profound truth, we could not live any longer the same way we’ve used to anymore!

This is the reality; Many pastors and church leaders don’t have a disciple making plan in their churches. They are not interested in doing disciple making. It is not a high priority, though other responsibility seems to trump over discipleship.

I mean, people will never say it out loud, we will say this to ourselves subconsciously about the task of disciple making. People wouldn’t say this verbally, but they will think this internally but discipleship is really is an option for everyone rather than a command to be obeyed by all.

“How can you say such a thing? You can’t judge people!” Well, if discipleship is not an option for believers, then why don’t we require it for membership for our churches?

What is the Silver Bullet?

What if the silver bullet to unlocking a new season of growth didn’t start with some kind of new model? What if we have simply been ignoring the basic model that Christ has already laid before us as a church?

As Daniel Im in his book No Silver Bullet said it well, “I am convinced that ignorance is the main reason churches in North America, and in many parts of the world, are not experiencing growth.” [4]

The myth of the silver bullet is alive and well because we all want the quick fix. But disciples are crock pot recipe and they cannot be microwaved. Disciples are not widgets. They cannot be mass-produced on an assembly line.

The intentional church intentionally creates a culture that drives people to the kingdom of God and sends people on mission.

We need a radical revolutionary reshaping what it means to make disciples and to follow Jesus. I believe it will require us to simply begin in the circle of sphere of influence we have.

You should go home, get around a table with your eight pastors, and ask them to go with you on a personal journey of discipleship for one full year. Then if you think your desire is real and that you truly have something to offer the church, invite others to join you on the journey.

“A few people so dedicated in time will shake the world for God. Victory is never won by the multitudes.” [5]

This journey of discipleship with the church will take a tremendous amount of patience, vulnerability, and grace. In eyes of our such fast-paced result driven society, people will push back as it seems as though we are not doing much. It’s not flashy and sexy as you can say eight hundred people sign up for the new program.

“Jesus, it seems like you’re educated and well experienced. Tell us a little a bit about your plan of how you will execute your ministry here at our church for the men.”

Jesus responds, “Well, my plan is to find twelve men and do an intensive three-year life-on-life and even in that twelve, I will focus more time on the three Peter, John and James and by this I will win the world.”

The search committee responds by saying, “Well, no, we need immediate results! We need bigger numbers right now! That is too slow and doesn’t look good on our record. We cannot offer this job position for you.”

I know I am sarcastically (and maybe even sound cynical a bit) but Jesus won’t get any position at a church if he were to apply at a church today. We are caught in the lie of a consumer gospel. We don’t want to do the way Jesus reached out and practiced discipleship.

The leaders of the first century church did NOT ask each other, “how many came to church last week?” That’s not how God measures success.

All Jesus wanted was a few men who would think as He did, love as He did, see as He did, teach as He did and serve as He did. All He needed was to revolutionize the hearts of a few, and they would impact the world.

Though He did what he could to help the multitudes, He had to devote Himself primarily to a few men, rather than the masses, so that the masses could at last be saved. This was the genius of his strategy.

So, pastors, don’t start any programs, don’t make announcements, and don’t do anything public. Just start small. Disciple a few. This was the way Jesus did it.

[3] Bill Hull and Scot McKnight, Conversion and Discipleship: You Can’t Have One without the Other (Grand Rapids, Michigan: Zondervan, 2016).

0 thoughts on “How NOT to Make Disciples”