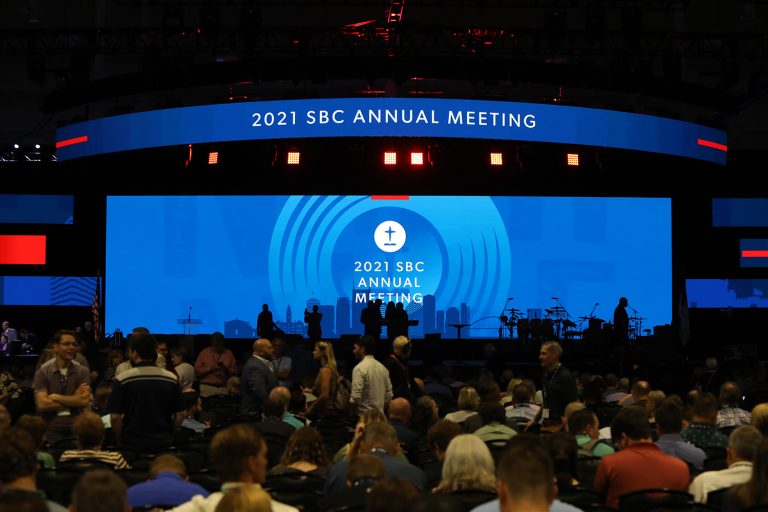 In a much greater scale, this is true on a national level in the Southern Baptist world. Change of organizational structure, the sex abuse scandal, the CRT Resolution 9 motion, the ever-present tension with new presidency with SBC.

In our day and time, that’s a very good question to ask. Just to clarify for all, I am Southern Baptist, not by birth (like major world religion) but by choice.

Here are 6 reasons why I am still a Southern Baptist.

The SBC family is a BIG family. The Southern Baptist Convention is made up of 47,000 churches cooperating to advance the gospel together.

If you did not know, the CP is how Southern Baptists carry out the Great Commission across Missouri, throughout North America, and around the world. It is the financial fuel for reaching every person for Jesus Christ in every town, every city, every state, and every nation.

When you give tithes and offerings through your local church your gifts circle the globe to take the gospel to places where the name of Jesus has yet to be heard.

For instance, my mother was saved through an IMB missionary many years ago. During the 1980s, my mother Yukiko met the IMB missionaries Tony and Marsha Wood. Soon after, she came to faith and began a lifelong walk with the Lord.

Southern Baptist came to Japan, known as “the missionary’s graveyard” and led my mother to faith in Christ. Without Cooperative Program support of the IMB, our whole family might still be lost.

Your church’s voluntary support of the Cooperative Program makes the work of the IMB missionaries possible. Through the work of IMB, seeds are planted, and entire families are changed.

Cooperative programs also support seeing pastors trained and churches are planted. I believe, Jesus is glorified through this effort.

In a fancier way to say, we are missiological by nature.

The president of IMB, Dr. Paul Chitwood summarizes whom they are very well, “God has given His vision to the church. That vision, expressed so clearly in Revelation 7:9 of a multitude of every language, people and tribe, and nation, is His vision.”

Their very mission is to serve Southern Baptists in carrying out the Great Commission to make disciples of all nations.

This was started in 1845 originally known as the Foreign Mission Board. Where Southern Baptist churches believed.

The total field personnel sent amongst the nations are 3,700 missionaries across the globe! Out of that, the missionaries minister to a total of 3,105 unengaged (unreached) people groups regularly.

2021 stats show that through the work of IMB there were 144,000 new believers added to the kingdom!

I love the heart behind what North American Mission Board. Planting churches is a biblical model and we out to send more as the harvest is plentiful (Luke 10:2).

The problem is, there are many deceased churches and dying churches sadly are the norm in many churches across the United States. A recent statistic shows the following.

The question perhaps we are asking is, “Why are churches closing?” There could be a variety of indicators that may point to the result.

–       Some churches love God’s Word but are struggling to apply it to their daily life.

–       Some churches have become content at doing church rather than being the church.

–       Some churches have become so involved too long with conflict and division.

NAMB’s heart for partnering with struggling churches to connect with strong churches brings health and vitality to the whole of the convention.

The BFM2000 has been clearly and concisely laid out the biblical beliefs as an official statement as being a Southern Baptist. The SBC has come out of the conservative resurgence and stayed faithful to the Word of God.

The strength and beauty of the BFM 2000 are that the belief system is narrow enough to have the doctrinal foundations of an essential belief system that can disagree on the non-essentials.

SBC loves the truth and is committed to the gospel to combat various social issues being faithful to the Word of God.

5. Partnership on the Local and State Level

Southern Baptist embraces the autonomy of the local church. What do you mean by that? The SBC by nature is not a centralized church like Roman Catholic but is a group of a fellowship of congregations.

There’s no Pope like the Catholic, no District Supervisor like Methodist, or a tyrant boss like a secular job that tells the churches what to do.

I am Southern Baptist because I believe that all should hear the hope of the Gospel as I have. Why? Because I want to fulfill the Great Commission. So that every nation, every tribe, speaking every language, will stand before the throne.

We can do more together than we can part. Sharing the gospel across the street, across our country, and the globe. This is the legacy of the Southern Baptist Convention.

We are passionate about the gospel and have a great track record in evangelism. Southern Baptists have always championed evangelism.

SBC even statistically has been proven via Pew Research Studies, to have a higher level of commitment than average American religious background families.

What are other reasons you would add to this list?

4 thoughts on “Why I Am Still a Southern Baptist”